BACK TO OUR PEOPLE 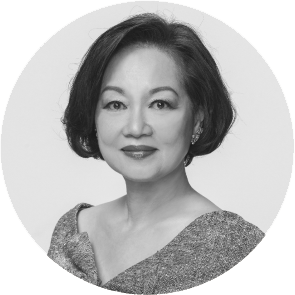 Solicitor admitted to practice in

Vivien Chan is the founding and senior partner of Vivien Chan &Co., a Greater China law firm with offices in Hong Kong and Beijing. She has over 40 years of experience in mergers and acquisition, China direct investment, corporate services, employment, technology transfer, information technology, intellectual property and related tax issues.

Ms. Chan has held numerous leadership roles in both the legal profession and public service. She served on the Council of the Law Society of Hong Kong and was the President of the Inter Pacific Bar Association. She also served the International Bar Association as Chairman of the Asia Pacific Regional Forum, and member of the LPD Council.  Ms. Chan was one of the founding members of the Hong Kong UNICEF, and served 10 years as their Vice Chairman.  She founded the Baby-Friendly Hospital Initiative and lobbied for legislation for the protection of children and hence mother welfare.  She was the first Chairman of the Council of the HK Adventure Corp and developed it into a thriving charity for youth training.  She served on the Board of the Hospital Authority, and was the Deputy Chairman of the Appeal Board on Public Meetings & Processions and Appeal Board on Closure Order (Immediate Health Hazard), Chairman of Staff & Finance Committee of the Hong Kong Tourism Board, Chairman of the Advisory Committee on Travel Agents and Chairman of the Estate Agents Authority.